Why public humiliation is the secret to success

I’ve never managed to find a direct road to success.

My bio reads like a random walk down many different career paths, so I always feel unqualified to answer when people ask me for career advice. Today, however, I’d like to share one insight about doing business in Japan that I learned the hard way.

If you’ve been through something like this, I hope you’ll be able to identify with it. If you haven’t, I hope you can learn something from it, and avoid it.

I’m Tim Romero and thanks for joining me.

Today I want to tell you the story about one of the most embarrassing and publicly humiliating events of my life, and something very important it taught me about doing business in Japan.

Before we get to that, however, I received a lot of great feedback from the last episode on the Japanese trap of the Glorious Failure, including a number of Japanese listeners who said they really liked Taniguchi-bucho’s explanation of corporate Japan’s negative point system.

(More) Advice from Mark the Dog

But by far the most popular request was for pictures and more life lessons from Mark the Dog. Well, OK. I’m going to do that, but please understand that this is not a very deep well. There is only so much Mark the Dog can teach us about how we should live our lives, because after all, Mark the Dog, is … well, he’s a dog.

So I’ll put a couple of pictures of Mark the Dog on the website, (Yes, he is very cute), and I’ll let you know that there is, in fact, one more thing that Mark the Dog has taught me during the ongoing lockdown. Mark being a good boy. This was my wife’s idea. You know how dogs get really excited every time they hear a little noise outside or see something move past the window? Or how they become nearly hysterical whenever someone rings the doorbell or comes to the door?

Well, I get that now. I totally understand where dogs are coming from on this. The other week two pigeons landed on my window sill, and I got way more excited about that than I probably should have.

So hey to all the world’s dogs; we’re cool on the doorbell thing. No judgment here.

OK, back our main story about my path to success via public humiliation.

Japanese fluency is an odd target

One of the things people always say when they find out I’ve been living in Japan for almost 30 years is “Wow. How good is your Japanese? You must be fluent!”

Often when I try to explain a complex or abstract thought, I manage to get lost before I find my way to the verb. I can’t get into a heated argument in Japanese. And I usually don’t understand most of the jokes. My wife loves rakugo, which is a popular Japanese form of comedy storytelling. They are these long shaggy-dog stories that people find hysterical, and I can understand 100% of the story, but I can’t for the life of me see how any of it is funny.

And then of course, there is keigo. The mind-boggling complex protocol of honorific and humble forms whose use depends on a complex three-dimensional matrix of formality, in-group out-group status, and the role you are playing in that particular interaction.

Frankly, once I get past basic greetings and a few set phrases, I tend to screw it up pretty badly. But, as I mentioned, keigo is hard, even native Japanese speakers mess it up sometimes. Not as bad as I do obviously, but still, it’s hard, and I usually get something wrong.

But the funny thing is, that seems to be OK. In Japan, you get a lot of points for just trying. People really appreciate a genuine effort to get it right even when you end up getting things very wrong. Sincere intention counts for a lot.

But anyway, why so much information about my Japanese ability? Well, you need to understand that for the rest of our story to make sense.

And so, this brings us to one of the most humiliating experiences of my life. And I am not exaggerating when I say that. I literally had nightmares about this event for months afterward. So I’m sharing this hoping you can learn from my mistakes because I would not wish this experience on anyone.

OK. So what happened?

This was about seven years ago when I was the Japan CEO for an American software startup, and I had the chance to give a presentation at a startup and investment conference.

No problem. I do presentations in Japanese all the time, and besides I had over a month for me and my staff to put the speech together and for me to practice and polish any rough edges. I was psyched.

I mean this was actually an amazing opportunity. I was being given 20 minutes to address an incredibly important audience of Japan’s leading investors, startups, and the press. There would be about 1,000 people in attendance.

So yeah, I was feeling a little pressure, but in a good way. It was a kind of motivating pressure.

So I wrote and refined and practiced my speech. The day came, I waited my turn backstage. The MC introduced me. I walked confidently onto the stage as the title slide with our company logo was displayed on the huge screen behind me.

I began my speech in Japanese, and then things began to go horribly, horribly wrong.

Actually, it’s hard to say exactly where everything started to go bad. I’ve replayed these events in my mind far more times then is healthy, and I don’t think that there was any one thing that caused it all.

But things began to unravel.

It turned out that my twenty-minute presentation needed to be 30 minutes. So I would have to improvise, to stretch my speech 50% longer to fill the time. A few little jokes I made were met with silence. Oh, the audience understood the jokes. They just didn’t think they were funny. At all.

By slide four, I realized that my staff had sent the wrong presentation deck. It was one of the older versions. The slides were out of order. I was trying to figure out exactly which version of the deck this was, and remember which slides had been added and removed since then.

Each slide transition brought was a new confused panic as I tried to remember what I used to say on this slide, and tried to improvise to add more content and explanation so I could fill the 30 minutes. All in Japanese. All while, in the back of my mind I was desperately trying to remember, or even guess, what slide might be coming next. And even when I guessed right, I just could not remember what I was supposed to be saying.

I did not do well.

I ended my presentation at the 27-minute mark and thanked the audience. There was polite but quiet applause.

I walked off stage with as much confidence as I could fake and returned to my seat. The MC was a pro. He brought the energy of the room back up and brought on the next guest.

I wanted to die. I wanted to simply disappear from the Earth and be forgotten. Mostly, I just really wanted to go home. But I couldn’t even do that. I was up in front, in the speakers’ row. There was no way for me to leave without the entire audience seeing me do it.

No. I had to sit here for another hour. But then the event would be over. I would still have to face the walk-of-shame though the reception and networking area, but then I could get my coat and go home.

But when that time finally came, something very strange happened on the way.

An older, and particularly well-dressed executive, tapped me on the arm and said, in Japanese. “Wow. That was really amazing. I don’t think I would have ever have the guts to try a speech like that in English.”

Before I could finish thanking him, two, five, six more people came over and wanted to chat. Everyone congratulating me on the courage I showed, and everyone wanting to know more about me, and my company, and what we did.

With the pressure off, I was speaking Japanese normally again. I had a crowd of people around me until the networking event ended and the doors closed. I walked out with a stack of business cards and six actual appointments with prospective customers.

From a purely numerical, data-driven point of view, it was one of the most successful presentations I’ve ever given.

It turns out, that in Japan, a terrible speech in Japanese is actually much more appreciated than a polished one in English.

But it was awful. In fact, I haven’t been counting, but I think I’ve had to do six, maybe seven, retakes just to record this story for you.

So when people ask me how good their Japanese needs to be in order to be effective in business, I just don’t have an answer for them, because that’s not the point. It’s making the effort that matters. Use whatever you have, and make the best of it.

People are wonderfully appreciative of sincere efforts, no matter how badly you screw up. And you know, that’s probably true about a lot of things in life.

Do the best you can with what you have. Nothing is more worthy of respect.

Wow, this has been a hard one. But if you want to talk more about making the best of what you have. Drop by DisruptingJapan.com/show164 and let’s talk. Please also look for us on LinkedIn or Facebook, and if you like the show, please tell people about it.

But most of all. Thanks for listening, and thank you for letting people interesting in Japanese startups and innovation know about the show.

I’m Tim Romero, and thanks for listening to Disrupting Japan. DJ Selects: The Real Reason Uber is Failing in Japan 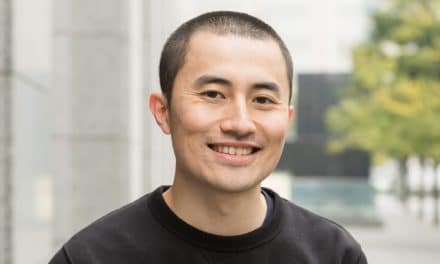 These robots are changing cooking forever. But one thing will never change