Your Japanese textbooks are lying to you 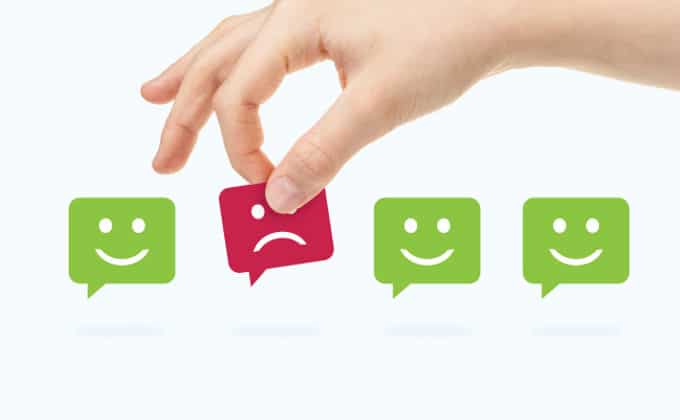 They probably mean well. They are telling you something that is easy to understand and that seems like it’s true at first, but it’s still a lie.

I received an overwhelming response to my recent episode on success via public humiliation, and more than a few people tried to set me straight about how Japanese keigo is supposed to be used, so today I’m going to return the favor.

Don’t worry, this is not a Japanese lesson, at least not in the pedantic sense, but it might clear up a few of the lies you’ve been told, and perhaps even repeated about how honorifics are used in Japan and in Japanese business in particular.

Please leave a comment because I would love to hear your thoughts on this.

I’m Tim Romero and thanks for joining me.

While the coronavirus lockdown continues to disrupt Disrupting Japan’s production schedule, whatever stage of lockdown or reopening you might be in right now, I hope you’re doing well.

Today I’m going to point out something that every Japanese language textbook I have ever seen gets completely wrong.

But before that, I want to thank you for all the emails and messages you sent in response to last month’s episode on how public humiliation has been my secret to success in Japan. It was a hard one to make, but it seems like it really resonated with a lot of listeners, and the feedback was really overwhelming. So, thank you for that.

There was also, however, some comments about my difficulties speaking keigo and my description of it as a “mind-boggling complex protocol of honorific and humble forms whose use depends on a non-linear, three-dimensional matrix of formality, in-group out-group status, and the role you are playing in that particular interaction.“

OK. I admit I was a bit overdramatic there, but quite a few people emailed to tell me that keigo was actually quite logical and very straightforward as long as you keep in mind a few simple rules. It is something, they asserted, that can be mastered in a few years of serious study.

OK. Yeah, maybe. But it’s interesting to note that all the emails telling me how easy keigo is, came from non-Japanese. Among the emails I got from my Japanese fans, only two mentioned my keigo comments at all, and they both sympathized, saying that they also make mistakes sometimes. In fact, one of them even mentioned that she can’t understand why anyone thinks rakugo is funny either. So hey, maybe it’s my sense of humor, and not my language ability that’s the problem here.

But to those non-native speakers claiming keigo is simple and straightforward. Well OK, perhaps you have a gift for it. Perhaps its really clicked for you. You almost certainly have a better command of it that I do, but maybe you should consider, that just perhaps, you don’t understand it as well as you think you do.

How you are being lied to

In fact, I will go further than that.

Every Japanese language textbook I have ever seen completely misrepresents both what keigo is and how it is used. It’s almost always defined as a “means fo showing respect to individuals with higher social status”.

So let’s dig into this. If you are a non-native speaker, by the end of this short episode, I promise you’ll have a new way of looking at keigo.

OK. We are going to tackle this social status nonsense first, but before that, we need to remember that Japanese culture highly values protocol and the Japanese language, naturally, reflects this. Keigo, and polite language in general, is best understood as part of this overall protocol.

And just like the rules that govern behavior and speech in military protocols and diplomatic protocols, the rules for keigo are complex and sometimes kind of arbitrary, but it’s important that the protocol be followed for everyone to get along.

Why keigo is not about social status or individual respect

And despite what your language textbook may have told you, the part of the keigo protocol you follow is absolutely not based on social status. It is determined only by the role you are playing in that particular interaction.

Let me give you an example. Let’s consider two people of radically different social status. Let’s say an unemployed construction worker and the president of a major Japanese bank. There is no question who has a higher social status here. The gap is extreme.

But if the two happened to meet while our friendly construction worker was making a withdrawal from an ATM, the bank president would address him in honorifics. Because the roles they are playing at that moment are that of vendor and customer, and protocol dictates that the vendor addresses the customer in honorifics.

And our bank president would not in any way feel odd or reluctant to do this. He would do so naturally and enthusiastically. Not doing so would be considered, ill-mannered, boorish, and unthinkable for a man of good sense and family. Because his use of keigo has nothing to do with his social status. It’s determined solely by the role he is playing in that particular interaction.

Now, I’m going to take you further away from your textbooks here and tell you that, in most cases, keigo is emphatically not about showing respect for the person you are talking to. And once you start seeing keigo as a protocol, this becomes more and more obvious.

Oh, you are showing respect to something, but not the person you are talking to.

Actually, military protocol is useful as a way of thinking about keigo. When an officer salutes a superior, they are not showing respect for that individual. Hell, they might think that particular officer is a complete asshole! It doesn’t matter, the salute shows a respect for the protocol. It shows respect for the system.

But, of course, there is more to it. Not using the protocol has meaning too. There are many people I speak to in honorific, or at least polite, protocols in public, but speak to casually over coffee or a beer. Dropping the protocol signals, “Hey, it’s just us friends here. Let’s talk.”

Our relative social statuses have not changed, but the roles we are playing at that moment have. I’m not showing any less respect for my colleague here, and he’s not showing me any more of it. He’s saying this in this conversational setting we are playing different and more equal roles. It’s a sign of closeness.

How to insult by being polite

And this is why you can actually insult people in Japan by being too polite. You see this in retail all the time and in business fairly often. When someone rigidly follows protocol, even the little details that everyone normally lets slide, it signals the opposite of closeness. It signals distance. It’s a way for someone playing the lower role to say “I respect the system. I respect the protocol, but I have no particular opinion about you.”

In fact, years ago, when I was still new to Japan I ran into this a few times when talking to staff in department stores. My Japanese wasn’t very good at the time, and shopping could be a frustrating experience. On a few occasions, the clerks sensed this frustration and switched to an even higher level of formality.

And so, this protocol results in a vicious cycle of misunderstanding, frustration, and escalating honorifics. And the only way out was for me to take a deep breath and say, in the politest Japanese that protocol and my ability would permit. “I’m sorry. I’m having trouble understanding the pricing. Do you have a piece of paper? Maybe we could write it down.”

After a few tries, the clerk would usually oblige and drop down into the lowest level of formality and politeness that protocol would permit, and we’d slowly work things out.

Now, in this situation, it would have been completely unreasonable for me to ask her to speak to me in regular or polite Japanese. That would have been a rude request. It would be a huge violation of protocol and would have made her look bad in front of anyone who overheard our conversation. Only when I tried to meet her half-way was she conformable enough to deescalate the politeness and try to actually help me out.

In Japan, there is a big difference between being polite and being nice.

Now, I have no idea how much if this behavior is a conscious choice and how much of it is just natural reactions. I’m sure its a combination of both that depends on the person and the particular situation, but as a student of the language, its fascinating to watch it as it happens.

So no, despite what your Japanese textbooks tell you, keigo is absolutely not a way of showing respect to those who have a higher social status. It’s a kind of role-play. It’s a protocol based not on who you are, but on the role you are playing in this particular interaction. And by using it, you are not showing respect to that person, but you are showing respect to the protocol and to the civilized society that it represents.

That is not to say that honorific forms are never used to show respect for a particular individual, they definitely are. But when they are, it’s done subtly. It’s not a matter of using the correct syntax and protocol, but in subtle deviations from the standard protocol. It’s hinted at. Like most of Japanese culture, it complex, and even native Japanese speakers are often not completely certain if compliment or an insult has really been given, or if it’s been recognized.

It can be confusing, but I don’t think most Japanese would have it any other way. There is a certain softness and subtly to be found in the vagueness and indirection of Japanese that is not really possible in English.
And hey, I admit my keigo is pretty bad, but in the same way that we appreciate all beautiful things in this world. You don’t have to be a master of an art form in order to appreciate its beauty.

If you’d like to talk more about keigo and protocols in general, I’d love to hear from you. So come by Disruptingjapan.com/show167 and let’s talk about it.

If you get the chance, please give us a review in iTunes or Stitcher or your podcast platform of choice. It’s really a great way to get the word out and let more people know about some of the cool stuff going on in Japanese startups

But most of all, thanks for listening, and thank you for letting people interested in Japanese startups an innovation know about the show. How Startups Can Attract, Retain, and Develop Staff in Japan 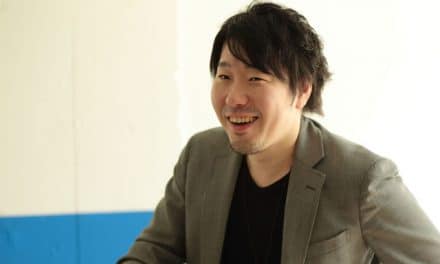 DJ Selects: A Japanese MBA Does Not Mean What You Think It Means How to Sell Without Salesmen in Japan – Daisuke Sasaki