There is big news for Tim and for Disrupting Japan this week.

It’s a very short episode, and I have no special links or show notes this time around. Please give the show a listen for the big reveal, and please accept my sincere thanks for all your support over the years.

Disrupting Japan is just getting started. The best is yet to come.

This is a Disrupting Japan news flash.

We are broadcasting live from Tokyo, Japan to bring you today’s breaking news.

In just a few minutes from now, we will be witness to ….

Hold on. Let me turn this thing off.

So, this is the first episode of Disrupting Japan ever that has not been released early on a Tuesday morning Japan time, so as you might expect, something big is going on. And I wanted you to hear it from me.

Some of you are new fans, and that’s great. The podcast keeps growing steadily every month.

And some of you have been with me since the very beginning and you were with me as my ContractBeast startup went under. You were part of my Crowd-Sourcing-My-Career project. You were part of my journey to becoming Japan’s first professional podcaster, and with me when I decided to take the show non-commercial in order to work with energy startups at TEPCO.

So it’s only fair that I let you know what’s coming next.

I’m joining Google as the new Head of Google for Startups Japan.

So what exactly does Google for Startups do?  Officially, it’s “Google’s initiative to help startups thrive across every corner of the world. Bringing together the best of Google’s products, connections, and best practices to enable startups to build something better.”

I have a lot of ideas, but I want to hear from you are well. If you are out there growing your startup in Japan, let me know what are some of the biggest challenges that you could use some help with. Or if you’ve already overcome those challenges, let me know what kind of resources and advice you wish you had access to back then.

I’ll need your help to really make this work.

So, what does all this mean for Disrupting Japan? Well, good things mostly. Google is being very supportive of the show, and with the audience as large and engaged as it is now, I don’t think I could stop even if I wanted to.

However, my travel schedule for the next few months is absolutely crazy — even by my standards, so interviews will be hard to arrange. But we’ll make it work.

I might be able to squeeze in interviews on the few days I’m in town and edit them on airplanes. Or maybe I’ll get a chance to interview Japanese founders in the countries I’ll be visiting. Or maybe I’ll bring my microphones with me, make a little pillow-fort studio in my hotel room and record some shorter solo shows on the road.

I don’t know, but I’ll make it work. I haven’t missed an episode in the five and a half years since I started Disrupting Japan and I’m not going to miss one now.  Format-wise,  content-wise, things will return to normal in a few months.

So I’m incredibly excited about this new opportunity. I mean its a chance for me to work full time with Japan’s startup founders to further develop Japan’s startup community. And that’s pretty much a dream job for me.

But there is something else here, and it’s something that I don’t think anyone looking at Japan’s startups from the outside is quite ready for.

You see over the past 10 years, and the past five years in particular, I’ve watched Japan’s startup ecosystem transform from a small group of innovators trying to figure out how to make things work into a dynamic and growing community of startups that are truly world-class.

Long-time listeners know about my ongoing frustration with the foreign media coverage of Japanese startups. Far too much of it will feature a Japanese startup in an “oh this is cute and interesting” kind of way and either miss or ignore the potentially transformative ideas that underly the basic concept.

There are some truly amazing things going in Japan in AI and robotics, and machine learning, and minimal UI design that are either radically different from what is happening anywhere else in the world or years ahead of it.

And oh yes, you will be hearing more about the Evocative Machines project since I will now have the time and resources to breathe new life into it.

You know, in the very first episode of Disrupting Japan I talked about the fact that Japan is innovative and that, once change begins to happen, no country can change as quickly and as completely as Japan.

Well, here was are over five years and over 150 episodes later, and the rest of the world is now starting to see that this is indeed the case.

Ten years from now, Japan is going to be seen as every bit as innovative as she was in the 1950s and 1960s. But it’s not going to look like Silicon Vally. The end result is going to be something very, very different.

It’s going to be a new model of innovation.

And so yeah, I admit there are all kinds of things we haven’t figured out yet. And I’m not exactly sure what the end result will look like.  But that’s OK.

But most of all thanks for listening, and thank you for letting people interested in Japanese startups know about the show.

I’m Tim Romero, and thanks for listening to Disrupting Japan. How You Can Prepare for Japan’s Coming Wave of Cybercrime 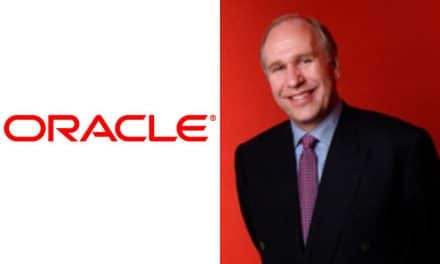 DJ Selects: Why startups lose control of their sales channels, and how to fix it – Allen Miner – Oracle